In October’s edition of The Lede, BDB Pitmans’ Head of Public Affairs Stuart Thomson examined the new rules for how private wealth should handle unwanted attention. 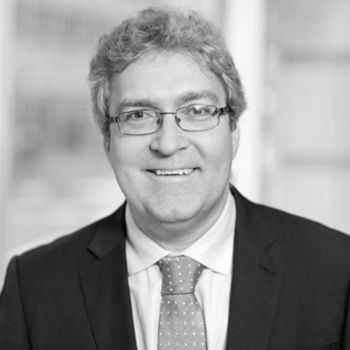 This month’s comment comes from Stuart Thomson, Head of Public Affairs at BDB Pitmans, where he advises clients on all elements of their public affairs strategies, including political engagement, corporate communications and reputation management.

There is no doubt that the reputation spotlight is expanding and intensifying. But more than anything, expectations are changing, and this brings with them a new set of rules for communications. Ignore those rules and risk your reputation.

Of course, everyone must act legally but attacks on reputation can come about for many reasons – the treatment of staff, quality of products, contribution to net zero, sources of wealth and, of course, the amount of tax paid. Regulatory and compliance requirements are increasing along with questions from the media and other stakeholders.

Everyone must have a plan

Some sectors know that by the very nature of what they do, or their past behaviour, they need to invest in their reputations. They appreciate the damage that can result from continued media attacks or, worse still, political intervention.

There is little hiding place for industries involved in fossil fuels, extraction, and damage to the environment. But everyone, regardless of sector, now must have a plan about how they can help reach net zero.

There is also hostility when it comes to financial matters as well, especially across private wealth. Despite the best, and continued, efforts of those representing the sector there are suspicions of secrecy used to ‘cover up’ behaviour.

This suspicion is further fuelled by ‘leaks’ which provide ‘evidence’ of such behaviour, which all means we need to rethink how we communicate if we’re going to protect reputations.

The new rules of communication

Rule One: nothing stays secret forever – whether it is a leak, whistle-blower, or anonymous source, the assumption should always be that whatever your activity, even if you believe it has nothing to do with anyone else, plan for it becoming public. If it does then you are in the best position to explain it.

Rule Two: ask yourself the difficult questions before anyone else does. It can sometimes appear that questions from the media come as a bolt from the blue. They shouldn’t. They should all have been prepared for.

Rule Three: always consider the worst-case scenario – and then prepare for it. The best approach is to be your own worst critic rather than letting someone else take on that role.

Rule Four: try and keep ahead – by monitoring the media, politics, and activist groups, you can keep ahead of where the future pressure will come from. A lack of wider perspective and understanding can lead to weaknesses in approach.

Rule Five: constantly review – instead of just updating communications or crisis plans every year or two, they need to be constantly updated considering new information, changes by competitors, new stories that emerge etc. Expectations of reputation change. So whatever plans were considered even a year ago will already be out of date.

The tentacles of reputation

There is never one reason why expectations move. It can often be a combination of poor behaviour, political intervention, and campaigning. There also seems little doubt that social media has played a critical role as well. People can now mobilise, coordinate and collaborate much more easily.

Some organisations choose to respond to external scrutiny, such as by the media, by saying ‘we don’t have to explain ourselves’. But that will only bring with it more scrutiny over a longer period and, quite possibly, by more stakeholders. That approach leaves a suspicion that it cannot be explained or that they are worried about what an explanation could lead to. It suggests that there is the possibility of an even bigger story.

And don’t forget that for many, the tentacles of reputation go into many aspects of their lives – beyond families, into the charities that money is raised for or donated to, positions held with other organisations etc. So, decisions about what is said must balance the needs of many.

The best approach is always to challenge yourselves and have a good story to tell. Try to stay in charge of your own reputation.

Stuart Thomson is Head of Public Affairs at BDB Pitmans and writes the law firm's public affairs blog. He is an honorary research fellow at the University of Aberdeen and is the author of several books including New Activism and the Corporate Response.

This article was originally published in The Lede, Transmission Private’s monthly newsletter that tracks the future of reputation management. Featuring interviews with leading private client advisers from the worlds of law, finance, and accountancy, sign up today to receive the newsletter in your inbox every month.