James Ward: Nothing like bad succession planning to ruin a good reputation

In this month’s edition of The Lede, James Ward, Partner and Head of Department at Kingsley Napley, writes about the importance of entrepreneur’s putting in place a succession plan to safeguard their reputation. 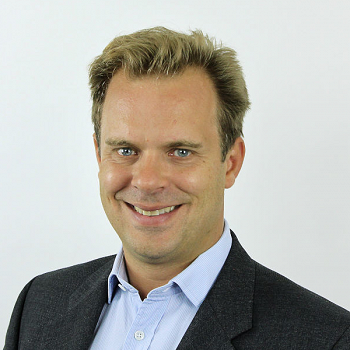 This month’s comment comes from James Ward. James Ward heads the Private Client team at Kingsley Napley. He has extensive experience advising families and individuals on wealth protection and tax mitigation, especially when there is an international dimension.

Nothing defines the reputation of an entrepreneur quite like the success of the business he or she founded and made their name. Just think of Richard Branson and Virgin or Philip Green and Arcadia. These mega entrepreneurs are synonymous with their businesses and the success (or lack of it) can greatly impact their reputation.

But while they are busy making their billions, how often do they stop and think: what is my exit strategy? How can I pass this on to my children and take a step back? How can I hand over the reins?

Without a succession plan, an entrepreneur’s business risks failure

From my experience, as a private client lawyer regularly advising entrepreneurs on the succession of their business, the answer is not very often, or more to the point, not often enough.

Now not every entrepreneur is a Logan Roy of Succession figure: playing his children off against each other but never having any intention of relinquishing control. Albeit, I have seen some less extreme similarities.

If someone has worked hard to create something and it has made them rich, this wealth has defined them and allowed them to control their surroundings, their family, their employees, their image. Their children have not had to work quite as hard and may not have the same drive, so why should they take over the reins, why should they take all the glory.

Well, the simple answer is that when a founder entrepreneur dies or loses capacity, the business greatly suffers. A recent survey says that business revenue can suffer losses of on average 60% and have a 20% better chance of going bust.

So, this is something that they should take very seriously as all the work they have done during their lifetime can come unstuck very quickly if there is a badly planned departure.

It is never too early to start planning

The first key consideration with an exit strategy is it is never too early to plan and take professional advice, whether legal, accountancy and financial. It is important to understand the impact of death and how the finances and legals of the business would run if this was to happen.

Early advice allows for the correct structures to be put in place such as wills, trusts, holding shares or simple share gifting. It also allows for the entrepreneur to educate their family on the business and maybe get them involved in some aspect of it.

Rather than keeping the family in the dark about this planning, it is important to have regular family meetings to share plans. The one key connector between families who have orchestrated successful transitions is communication. Those who talk, debate and sometimes disagree, are often the ones that get it right.

Those who bury their heads in the sand often end in disaster.

Control freaks will find this particularly hard and often the title and control afforded to them gives them relevance as they get older. This importance of this should never be underestimated, so while the founder should look to relinquish control, the children should not get angry when this takes a little time.

Never has the maxim – fail to prepare, prepare to fail – been truer for business owners and their succession. If they are in two minds, just think about how bad it looks if after your death if your legacy crumbles through lack of planning rather than the incompetence of your family.

James Ward heads the Private Client team at Kingsley Napley and is tasked with overseeing the continued development of the private client offering for both existing and new clients of the firm. He has extensive experience advising families and individuals on wealth protection and tax mitigation. A key focus is the advising of overseas clients purchasing UK property and how such property should be owned in the most tax-efficient way.

This article was originally published in The Lede, Transmission Private’s monthly newsletter that tracks the future of reputation management. Featuring interviews with leading private client advisers from the worlds of law, finance, and accountancy, sign up today to receive the newsletter in your inbox every month.