In order to preserve and enhance a legacy, successful families must be armed with a communications strategy that gives visibility on the next generation’s position and involvement in the family business. 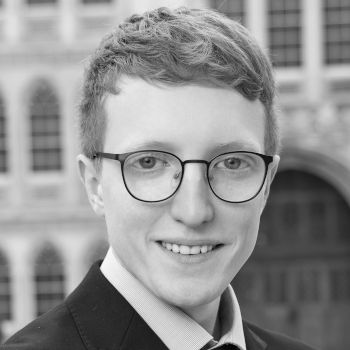 The next generation of successful families have a problem. It’s a well-worn trope in the private client world that wealthy families will go from “shirtsleeves to shirtsleeves in three generations”. This means that wealth gained in one generation will be completely gone by the third.

NASDAQ estimated that 70% of families lose their wealth as early as the second generation, so there is some truth to this. However, I believe this is nothing more than a hackneyed scare tactic in the high-net-worth community. Of course, this would make the head of any successful family nervous — and rightfully so — but with a well-executed communications strategy they have no reason to be.

The real problem the next-gen have is an image one. Many wealth originators don’t trust their children to preserve the family’s wealth and business when they succeed them. In the media, they are often portrayed as passive inheritors who do little to deserve the wealth they receive from the previous generation, when the reality couldn’t be further from the truth.

Recent data from the Barclays Private Client team shows that the next-gen are actually prepared to take a much more hands-on role in the business than is generally assumed. The aim of wealth originators is much focussed around maintaining the family business than gaining more wealth, whereas the opposite is true for the next generation. There is a misconception that the next-gen, having grown up around money, don’t appreciate it and just want to spend, spend, spend with little thought for the future, when this is simply not the case.

The next generation are also much more passionate about ESG. A 2019 survey by Allianz found that 64 per cent of millennials are likely to make investment decisions based on societal problems that are important to them, and as we are now entering on the cusp of one of the largest wealth transfers in history, this isn’t about to change.

Why then are the next generation so maligned?

The issue is with how they communicate. It’s a habit leftover from previous generations to shy away from any form of publicity, when this actually harms more than it helps. Our recent research found that 40% of the public would think more negatively about a successful individual if they could not find information about them online. A carefully curated public profile will help reposition the next generation of successful families from undeserving heirs with little interest in the business, to active, passionate investors who not only want to preserve the family’s legacy — but enhance it.

Stakeholders will not know how committed you are to growing the business or impact investing if you do not tell them. For this reason, the next generation needs a carefully executed communications strategy. While families often plan years in advance of a succession event, it doesn’t always appear that way in public. The transfer of wealth can seem sudden, largely because what has been going on behind the scenes is poorly communicated.

The next generation is closely associated with the values of the previous generation, and it is no wonder. Each individual has their own views and sectors they are passionate about investing in, but this is often not spoken about. If they do not want to be seen as riding on their family’s coattails, then they need to have a plan which demonstrates how they are different, but also how they align with the family’s values, appeasing public and shareholders alike.

Not only is the “shirtsleeves myth” harmful to the next-gen, it can actually become a self-fulfilling prophecy. Many children of successful individuals see the attitude towards them in the media and it unsurprisingly deters them. Frequent claims that they are not active in the business, that they will squander their wealth, or are too inexperienced to take on prominent roles can make them want to take a step back.

This is where communications can make or break the next-gen. For example, if they participate in a major deal, then this needs to be mentioned. It could be in the press, but many families prefer to communicate this through their own websites, which we know are one of the most trusted sources of the information when it comes to the public.

Their business acumen also needs to be demonstrated. Having spent their entire lives around the family business, they are perhaps more poised than anyone to understand its inner workings, but this is often not well communicated. A combination of executive profiles, media coverage and other online content will highlight their achievements and show that the next-gen are the best fit to take up a prominent role in the family business.

Armed with the right strategy, successful families can rest easy knowing they are fully equipped to deal with the problems associated with the next generation and wealth transfer. Provided this is executed properly, they will be in the ideal position to preserve and enhance their legacy.