Why the Sussexes’ lawsuit is a ‘high risk’ media strategy

Like many, we read Prince Harry’s 570-word statement earlier this week with astonishment and amazement, shocked not only at the decision to sue The Mail on Sunday over this particular story, but shocked at the path they have chosen to take. 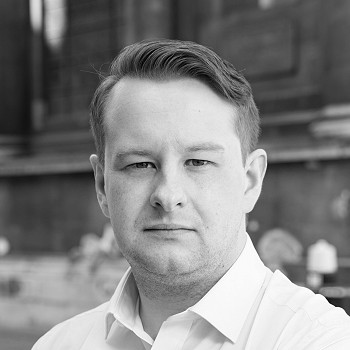 While lawsuits from the royals are not unheard of, never have we seen any member of the royal family use it as a wider opportunity to criticise the rest of the media in one swoop.

Suing the Mail on Sunday is a risky strategy

High-profile families and royalty all inevitably come under scrutiny from the press, and when news stories are perceived to be in breach of the law, they have a number of strategic choices on the table in which both lawyers and communications professionals have a role to play.

Litigation is one of them, but must be a strategic decision which takes into account multiple factors including the benefits to be achieved by media relations alone, the risks of opening your life up to the scrutiny of open justice, and, if you are trying to prevent further publication, the reputational risk of being seen as trying to ‘gag’ the press.

If the Sussexes’ claim progresses, there will be proceedings in open court, provoking a forensic and very public dissection of the very matters the couple have sought to keep private. This will generate even more intense media scrutiny of the very nature the couple are seeking to avoid.

On the legality of the case, it seems indisputable that the Duchess held a reasonable expectation of privacy that the contents of the letter would remain private, the first rung of the privacy law test. However, for the claim to succeed, the court will also need to be satisfied that the paper’s competing right of freedom of expression does not outweigh that privacy right.

A public interest defence seems likely to focus on Mr Markle’s competing right to tell his story in the wake of interviews given by the Duchess’ friends and the public’s right to know the ‘truth’. This of course raises the prospect of the Duchess’ father being called as a witness, invoking the spectacle of a trial that will headline every paper, tabloid or not.

In this context, the royal couple have chosen a high risk story over which to litigate.

The power of expert legal and media advice

While matters that cross the legal line should of course be dealt with in the courts, unhelpful and negative but nonetheless legal stories, which the couple appear to have a deeper issue with, should be dealt with by an effective media relations strategy.

As senior members of the royal family, media exposure is inevitable. This might be an uncomfortable truth, and no doubt they will receive much sympathy from the public, but slamming the door on the media as this statement seems to do is an ineffective response given their position.

A long-term, effective media relations strategy, which starts with building trust and relationships with senior journalists, is the best way of getting on the front foot and steering the type and tone of coverage.

The best response would have been to use their position as working royals as a springboard to some more positive coverage, and their recent trip to Africa would have been the perfect starting point. This was what was happening during the trip before Prince Harry released the statement, and the couple even set aside time to give interviews to journalists.

But the statement suggests that this was a personal and emotional decision for the Prince.

A two-pronged approach which combines the power of expert legal and media advice, would satisfy the royal couple’s need for privacy, but would also reset their relationship with the press and generate positive, balanced coverage.