The Lede: Is the face of global wealth changing?

In June’s edition of The Lede, Adam Gale discusses how the demographics of global wealth are changing, as the backgrounds of wealth creators are becoming increasingly diverse. As a result, advisors may have to invest more time in understanding private clients needs, resulting in a change in the services given. 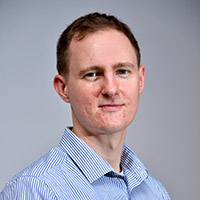 This month served up a smorgasbord of statistics about private wealth. BCG estimated that global wealth reached $531tn in 2021, predicting an annual growth rate of between 4% (in Europe) and 8.6% (in Asia). Julius Baer pointed to the 7.5% rate of inflation for luxury lifestyles, with London rising to the 2nd most expensive city in the world for HNWIs after Shanghai. What caught my eye was a statistic in Capgemini’s World Wealth Report, stating that women are due to inherit 70% of global wealth over the next two generations.

That sounds familiar. It’s a widely-quoted figure which appears to trace back to the now-defunct Boston College Center on Wealth and Philanthropy, but which has proven hard to fact check. While the number itself may be in dispute, the trend is not – various sources indicate that women control at least a third of the world’s wealth, and that the share is rising.

What does this mean for us? It’s a reminder that UHNWIs are neither homogeneous nor a static group. There are more women and there will certainly be more millennials, as baby boomers pass away. At the same time, the sector background of wealth creators is changing (hello, tech) and, with the globalisation of wealth, there is a more diverse range of cultural backgrounds.

How does this affect the services private clients receive? Not much, necessarily. The fundamentals remain the same whoever’s being advised – trusted, timely, effective advice designed to grow, preserve and protect wealth, in a way that’s consistent with their values. However, that isn’t to say there aren’t differences.

Such as? When Capgemini surveyed wealth managers 30% said they didn’t understand LGBT client needs, for example, while the same proportion of LGBT clients said they lacked trust in their primary wealth manager. It may be a relatively small segment, but those aren’t good numbers.

How are advisors responding? There are some signs of client segmentation becoming more common – 37% of wealth managers said they offered products specifically for women, while 22% did for millennials. At the same time, it adds weight to efforts to improve diversity and inclusion in the sector.

How does D&I come into it? Aside from the moral case for inclusive workplaces and wider participation, there’s abundant evidence that these improve performance, not least because it generally makes sense to keep up with changes in your client base. While you don’t need to come from the same background as a client to relate to them, having a wide range of perspectives and experiences is highly likely to be an asset.

Takeaway… The wealthy of tomorrow will not be the same as the wealthy of yesterday. Advisors should invest time in understanding those changing needs, and evolving to meet them.