The rise of social media has exposed individuals and families to more frequent attacks on their reputation and private lives. We sat down to speak with Emily Cox, a Partner in Stewarts’ Media Disputes department, to speak about the importance of removing damaging online content. 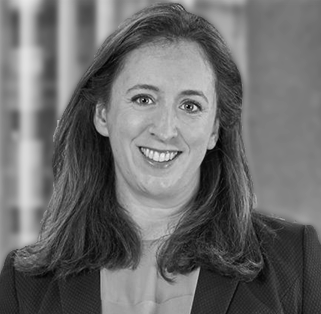 This month’s interview is with Emily Cox. Emily Cox is a Partner in Stewarts’ Media Disputes department. Before joining Stewarts, Emily spent four and a half years acting for News Group Newspapers on the phone-hacking group litigation in the High Court and arbitration proceedings.

Is damaging content online becoming a more prevalent problem for individuals and families?

Absolutely. The rise of social media, in particular, has exposed individuals and families to more frequent attacks on their reputation and private lives, never more so than during this pandemic with tensions running high and so much time spent online.

Harmful content can now be disseminated at the mere click of a button to a wide, international audience. Online content also has an element of permanence that did not exist in the offline world. Today’s online news is not tomorrow’s fish and chip wrapper; unless it is actively removed, damaging content will remain online indefinitely and may be reborn in later news cycles.

Who tends to be the source of this negative material?

The sources of negative material can come from any and all sides. With the rise of ‘keyboard warriors’ on social media, it has never been so easy to be attacked by someone you do not know or who hides their identity from you. But, in our experience, some of the most sensitive cases involving blackmail and/or defamatory content come about as a result of a relationship breakdown.

In business families, it is especially important to be alive to the risks of exposure from family members which can damage a reputation and affect longevity.

With so much negative content on the internet, surely one can’t try to take it all down?

It is important to remember that content which is simply ‘negative’ cannot be removed through legal means. The content that we can help with removing is defamatory, misuses private or confidential information, or amounts to harassment.

It is also important to be strategic about attempts to take down damaging content and to use litigation as a last resort. Objecting to a particular photograph, tweet or article can sometimes attract more headline attention to the content than if left alone. The different schools of thought in this regard can be seen in discussions regarding the Duchess of Sussex’s litigation against the media.

If only a few people have seen or engaged with a damaging post, isn’t it better to ignore it?

There is a misconception that damaging statements need to be published to a wide audience in order for them to be legally actionable. A post may be “published” when it has only been made available to a small group of people. In a recent case, a young woman’s uncle posted a short comment about her mental health and self-harming to a Facebook group of 6 family members. Despite the modest audience, it passed the seriousness threshold for a claim of misuse of private information and breach of confidence. An injunction and damages were awarded.

If the post is particularly damaging or contains private or confidential information, it is always better to take advice on its removal as soon as possible, to ensure that it is not shared more widely.

What new online risks do families and individuals face?

It is important to remember that risks can present in an innocent form. Sharing and posting on Instagram may be second nature for some families and individuals, but this can cause difficulties when trying to protect aspects of their private lives. When it comes to the longevity of family businesses, in particular, it is important to educate the younger generations on the risks attached to social media – particularly in sharing intimate content that could be used against them in the future.

I would also caution families about the access they give staff and third parties to their accounts, as these may act as ‘agents’ for the families in anything they post. Even simply liking, retweeting or sharing someone else’s post can amount to defamation.

How has the digital media exposed families and individuals to new forms of reputational risk?

Another tricky aspect of digital media is where the identity of the perpetrator is unknown, as they are hiding behind a pseudonym or handle. However, there are legal devices available. We can use a Norwich Pharmacal Order to compel information from third parties who would be able to identify the party (such as Twitter or Facebook). The Spartacus Order requires the wrongdoer to identify themselves. And, technology itself can sometimes offer the solution; the courts have allowed an injunction to be served to an anonymous blackmailer via text message.

Emily Cox is a Partner in Stewarts’ Media Disputes department. Before joining Stewarts, Emily spent four and a half years acting for News Group Newspapers on the phone-hacking group litigation in the High Court and arbitration proceedings.