Peter Cafferkey: Reputation can multiply the impact of a philanthropist’s giving

Successful individuals and families are sometimes concerned about highlighting their philanthropic work and social impact for fear of their motives being questioned. In this article Peter Cafferkey, CEO of Boncerto, highlights how reputation can actually amplify a philanthropist's impact. 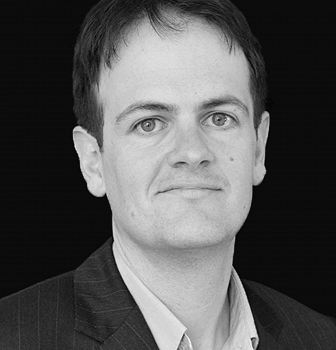 Peter Cafferkey is CEO and Founder of Boncerto – a social good consultancy working with individuals, corporations and not-for-profits to help increase their effectiveness and enable them to do good, better.

He is also the UK and Ireland representative for the European Venture Philanthropy Association, a lively community of organisations sharing the same vision and a common goal: creating positive societal impact through venture philanthropy

Traditionally talk of reputation and philanthropy has been limited to philanthropy’s ability to build individuals’ reputation after the fact. Yet it is so much more. Reputation could be one of the most significant, if often underused, tools in an effective philanthropists’ arsenal. For families looking to have a positive social impact, their reputation is one of the strongest assets they can engage to multiply the effect of their giving.

Historically individual philanthropy has often been seen as a way to burnish or even repair reputations – the robber baron looking to move ‘up in society’, the medieval merchant buying a way to heaven or former leaders looking to replace or repair public perceptions. This has led to a certain level of external cynicism as to the motives and rationale of new wealth owners looking to engage in high profile reputation building philanthropy.

At the same time, this has led many families to view philanthropy as either a reputational sticking plaster or something purely to be assessed in the first case for reputational risk. The press reaction to any missteps by a high-profile philanthropist has proven time and again the risk that unthought through if well-meaning donations can make.

Less considered is the importance the reputation as an individual you bring to your philanthropy can have on its success.

Reputation matters to start a new project. A positive profile makes gaining the license to operate from local government or community leaders more far quicker. Negative perceptions can quickly create barriers to entry for genuine and enthusiastic potential philanthropists. High-profile recent examples include the campaign against institutions receiving Sackler family funding during 2019, resulting in organisations ranging from Roundhouse to the National Portrait Gallery in the UK refusing multi-million dollar grants.

This campaign was based on the negativity publicity received due to connections with its US company Purdue Pharmacy, producer of controversial opioid painkiller OxyContin. It gained traction despite a long track record of family giving, with over £60 million committed by just one of many family trusts in the preceding 9 years to good causes in the UK alone. This shows the barriers that can be constructed by negative reputations generated by other parts of family business practices. Commonly seen used to target large corporations (such as the campaign against BP sponsoring arts companies) this donation divestment campaigning has grown to take in individuals and families based on wider reputation points.

Reputation matters to make philanthropic projects effective – to engage with communities and individuals on the local level. To ensure real interaction people want to know the person who is behind this and understand motivations. A negative reputation can travel before you, affecting engagement or at the very least hampering open relationships. Something especially true if working in high risk or areas with vulnerable populations.

Reputation matters to scale a project. Whether looking to replicate a solution or based on the realization that problems are too big to face alone, families will need partners be they philanthropists, government or private sector. A strong reputation attracts collaborators. Potential partners themselves mindful of their own profile and trust built over many years, will shy away from those who pose a risk to their own brand equity.

Reputation matters for the philanthropist themselves, not least to ensure their motives are not misunderstood. Not just amongst external stakeholders, also amongst business partners, friends and even family.

How to think about crediting

Reputation is so important, and yet it is impossible to ignore or negate the risks that even the best thought-through philanthropy can create. The solution often used or lauded is to give anonymously. A valid option and even non-negotiable for some within certain religious or value systems. It points to some of the best altruistic instincts. Sometimes it is necessary to help protect the recipients who may face persecution if seen to receive support from external families or supporters. It also is a tempting option for those who believe it may keep a lower profile on their wealth or even protect their reputation when working within controversial areas.

However here too there is also an inherent danger, into a vacuum, others can and do present their version of the story, discrediting not just the philanthropist but also the work being funded. In the current climate ‘shadowy’ funders exist in every conspiracy theory, and through social media platforms, the ability for alternative explanations to take root is magnified.

In reality, adding a philanthropist's name can often really benefit the cause bringing it creditability amongst other positives. It can enable a clear narrative to be built not just by the philanthropist but also the partners funded or supported. This is especially true for those causes seen as controversial or less well publicised, where a clear transparent commitment can bring others to the table whilst raising profile. It also enables a philanthropist to bring the full benefits of their profile, network and reputation to the cause they believe in.

This points to need to restructure the approach taken by many philanthropists to the issue of their profile and reputation. Moving from a negative risk factor, to see it as another tool in the armament of a successful philanthropist, another lever with which to affect change. With the ability to magnify the effect of your financial donation, by bringing others on board or building on a successful foundation of long term social impact.

Whilst there is a growing realisation that successful wealth generators can bring their skills, experience and networks alongside their wealth to magnify their impact, reputation is still overlooked. Managing and exploiting the soft power of their reputations for impact is a missed opportunity and a barrier to real success.

To do this effectively philanthropists need to think proactively about reputation, one of the strongest tools they can engage to multiply the effect of their giving. Sadly few do.