The Lede: Billionaires up, public opinion down

In the latest version of our monthly newsletter, The Lede, we looked at how anti-wealth sentiment is on the rise around the world and what it could mean for families over the long term.

This article is an extract from Transmission Private's monthly newsletter, The Lede, which tracks the world of reputation management for private clients. You can sign up for the newsletter on our website via the tab at the bottom of this article or by completing the form here.

The number of billionaires around the world increased last year, according to this year's Billionaire Census from Wealth-X. These figures don't take into account the coronavirus pandemic. But Brexit and the US-China trade war didn't slow wealth growth at the top. Will coronavirus change the trend? We'll have to see next year but I won't be surprised if it doesn't.

This comes at the same time as statistics reveal anti-wealth sentiment is at its highest since 2009. More than 75 per cent of comments on social media about billionaires were negative last year, according to analytics company Crimson Hexagon. Perhaps not surprising? But back in 2014, the positive/negative split was 50:50. I can only imagine public opinion will have soured further over the last few months. 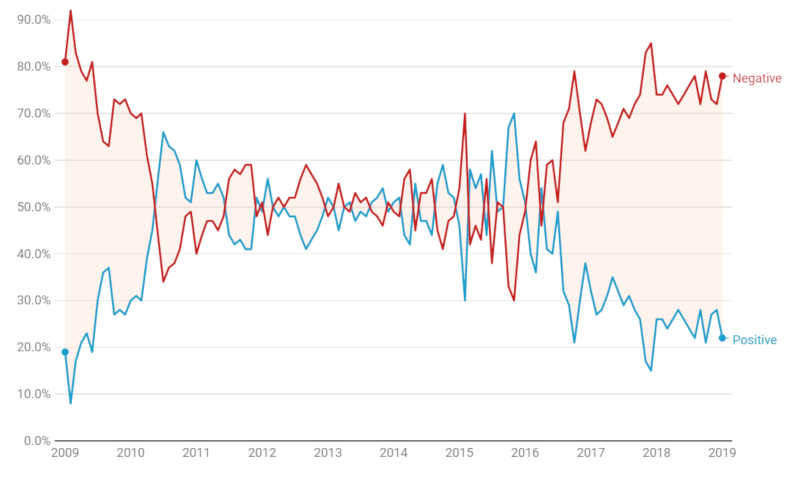 Sentiment analysis on mentions of "billionaire(s)" on public posts from Twitter, Tumblr, Reddit and other online forums and websites. Source: Crimson Hexagon

Why does this matter? It's probably one of the clearest indications yet that the risks to families' reputations are on the rise, dramatically. The widespread economic hardship that has been loaded on the global economy over the last 12 months—and even more so over the last 3 months—has created an environment where more people feel comfortable blaming and vilifying wealth.

What's the long-term outlook? Not positive, in short.

The confluence of these trends is an increasingly vocal public that is increasingly critical for wealthy business owners.

Bottom line... the risks facing families are arguably higher than ever—with further increases in wealth ensuring that will not change soon.