Media coverage surrounding coronavirus has already seen an increasing focus on the immediate and long-term implications across different sections of society. As these consequences crystallise, it seems inevitable that the actions of prominent and high-net-worth organisations and individuals will be carefully scrutinised. 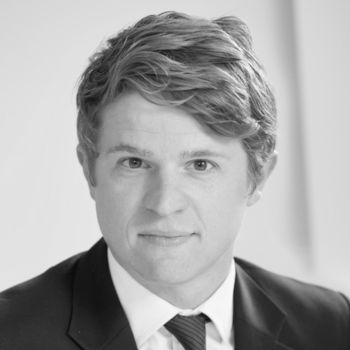 One of the great uncertainties of the coronavirus pandemic has been whether, when and how the world will return to normal. The views of commentators range from humans largely reverting to type on the one hand, to major cultural, economic and societal changes on the other. The likely outcome is probably somewhere in the middle, but there is room for educated guesses in certain areas.

Striking throughout the crisis has been the intense scrutiny on the actions of wealthy and high-profile organisations and individuals. Liverpool FC quickly reversed a decision to furlough non-playing staff after backlash from all sides, CEOs have been expected to take pay cuts and decline bonuses, and celebrities have faced mockery and disdain for attempts at product promotion on social media in the face of rising death tolls and economic meltdown. Business and communications strategies, at this of all times, can be 'make or break' from a reputational perspective.

The long-term consequences on reputation

Such scrutiny, from the media and members of the public alike, is unsurprising. A more pertinent question is whether its intensity will continue in the medium to long term. The existing and (most probably) further long-lasting economic consequences of the pandemic mean this is likely.

First, it would be consistent with the media’s recent coverage of those in positions of authority, power or wealth (or a combination of the above). Examples include the #metoo campaign, major information leaks (including the Swiss Leaks and the Panama Papers and Paradise Papers) and coverage of wider issues such as the role of trusts. Second, the legislative agenda also indicates a move towards greater transparency and scrutiny, with increasing disclosure of financial information between countries in recent years (FATCA and the Common Reporting Standard), the move towards more control-based and beneficial ownership registers and (at the sharp end of the spectrum) the closer focus on sources of wealth (in the form of ever-developing anti-money laundering regulations and unexplained wealth orders).

Media coverage surrounding the coronavirus has already seen an increasing focus on the immediate and long-term implications across different sections of society. As these consequences crystallise, it seems inevitable that the actions of prominent and high-net-worth organisations and individuals will be carefully scrutinised. Such organisations and individuals will need, perhaps more than ever before, to assess the reputational consequences of their business strategies, tax planning and the way they communicate (among other things).

They will also need to be mindful of the risks posed by agenda-driven journalism, where the desire to pursue a particular narrative may lead to attempts to publish distorted, defamatory or private and confidential information. These attempts will need to be held to account, based on a clear understanding of where the lines are drawn from a legal perspective. While privacy laws have expanded in scope and the impact of the Defamation Act 2013’s serious harm test on the ability to run defamation claims has not been as great as anticipated, arguments around the public interest in reporting are likely to be a key battleground in this context.

Key to all of this for clients will be adopting a proactive approach that places reputation management at its heart. Economic benefits may need to be assessed against the long-term consequences that adverse publicity or even regulatory scrutiny may cause. Clients would be well advised not only to engage in crisis planning, but also to conduct a more holistic review of their priorities and strategies with reputation in mind.

Tom Rudkin is a Senior Associate at Farrer & Co. He advises the firm's clients on reputational and other similar risks, from mainstream media coverage to cybersecurity.